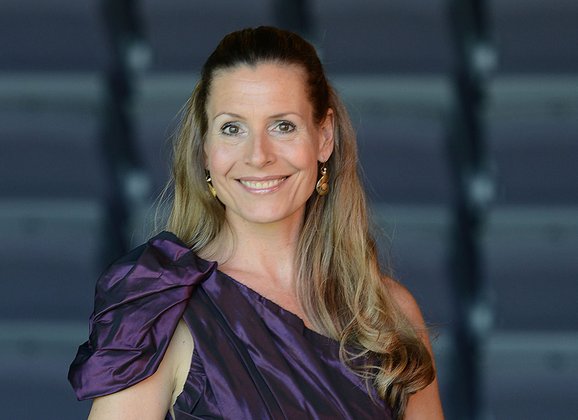 Anne-Carolyn Schlüter completed her studies at Kölner Musikhochschule in 1999. She has since acquired a broad repertoire as an opera and concert singer stretching from Cavalli to present day composers. She holds a particular affection for Lieder performances and has given many recitals in Germany, and in China, Iceland and Norway among others.

Anne-Carolyn has worked with Sir Colin Davies, and has toured with Claudio Abbado through several opera houses and festivals. As regards sacred music, she has enjoyed an extensive cooperation with Helmuth Rilling in works spanning from Claudio Monteverdi to Wolfgang Rihm. She has also performed under the direction of Peter Ruzicka, Sir Roger Norrington and Steven Sloane among others.

She was nominated as Singer of the Year by the journal OPERNWELT for her interpretation of the title role in Penthesilea by Ottmar Schoeck at Theater Lübeck in 2009.

She appears on several CD recordings, among them Magic Flute with Claudio Abbado, released by Deutsche Grammophon, and a prize-winning recording of Frank Schreckers Das Spielwerk und die Prinzessin.